The marathon in Barcelona

Last weekend, the whole city gathered in the streets of Barcelona to watch the athletes running the Marathon. We were really glad to be part of this special 38th edition. We were standing on the start- and finish line, which 20,287 participants crossed, with our blue BC Carpas tents. This record of the number of participants put the Catalan capital between the five most important European marathons.

But, the record of the number of the participants wasn’t the only record that was set this weekend; the Marathon has also entered the women’s course record. This was due to the sensational performance of the Kenyan athlete Valary Jemeli Aiyabei. She ran the marathon in 2 hours, 25 minutes and 26 seconds. The absolute victory went to the favorite, Ethiopian Dino Safir, with a time of 02.09.31, on a day with a great festive atmosphere in the city.

The route of the marathon has visited the most must-see attractions of Barcelona, such as the the Sagrada Familia, the Forum, Camp Nou, the Pont de Calatrava, the Front Marítim, Columbus the Arc de Triomphe, La Pedrera and of course the Mont Juïc, where the BC Carpas tents stood.

The starting signal was given by the mayor of the city. It was a perfect day with a temperature and ideal climate to meet the 42.195 kilometers.

There was put a blue BC Carpas tent, which was in the exact same color as the one from the sponsor. It was a perfect place for the sponsors to watch the game.

The location was the beautiful street Avenida Maria Cristina. The start of the race was at this street, but even better; the finish was also at this street.

So, everyone had the perfect view when Valery Jemeli Aiyabei ran the record after the victor; Dino Safir had crossed the finish line.

Are you also throwing an event? And do you want to do it in an original way? Then the BC Carpas Event tent in Blue is a perfect idea!

You can decide the size of your party all by yourself. The size can go from a small reunion from twenty people up to a big party, because the tent is available in many sizes. The tent is also available in many other colors, for instance; the simple, but classic colors black and white, which you can see in the picture above. Besides that, you can distinguish your event by adding one of many extras, like a bathroom or lightning.

If you have questions about the Event tent in Blue, don’t hesitate to contact us!

In the picture above, you can see the blue BC Carpas tents, which were put for the event. 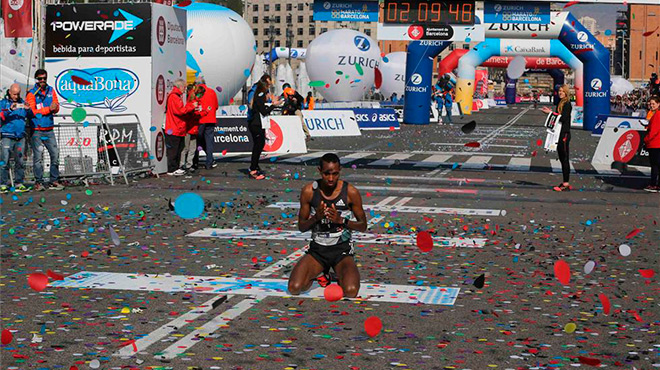 The winner of the marathon; Dino Safir, who just crossed the finish line. 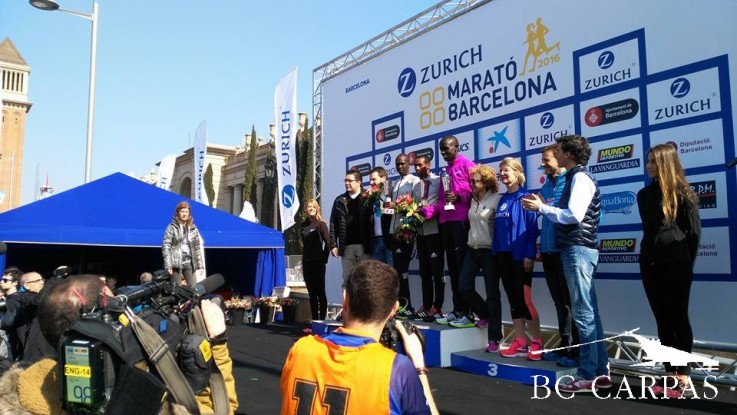 The ceremony of the award winners from the marathon. In the back you can see the blue BC Carpas event tents. 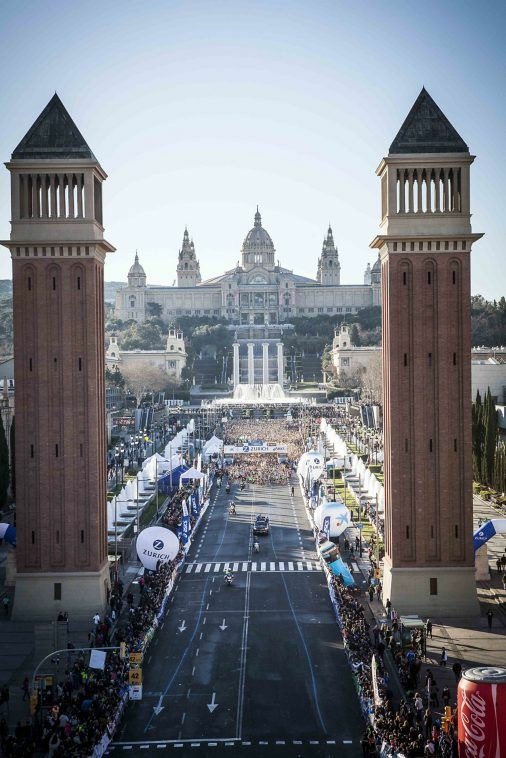 The Avenida Maria Cristina, where the start and the finish of the marathon took place. You can see the Blue BC Carpas tents in the middle of the picture.