The International Film Festival in San Sebastian from 19 to 27 October. It is one of the most important festivals in Spain on film.

The first Festival was in 1953 The festival is celebrated 62 years.

These days numerous awards have been distributed, there have been many films pass, radio interviews, television, have seen various actors, actresses, and many celebrities have filled these days the city of Donostia.

BC Carpas set up a tent in front of City Hall, in this photo you can see one of the interviews. 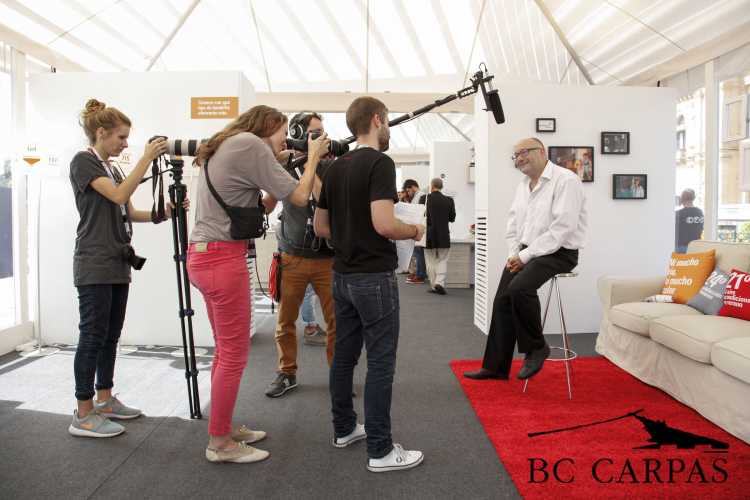