The site chosen, a train station and Station of France located in the city of Barcelona. It is a building that has been often compared for its elegance with the Paris Orsay station.

The company dinner, was held in the lobby of the station, and furnishings as close to the time, tall vases with flower arrangements for buffets and tables in the lower centers. For after dinner, dancing under the clear tent.

The station was opened in 1929 by King Alfonso XII, two weeks after the opening of the World Expo is also celebrated in Barcelona city and would be a gateway for many travelers who come from abroad. It was remodeled on the occasion of the 1992 Olympics.

The lobby has three large domes. The 12 routes numbered from No. 3 to No. 14 and its platforms located within the “U” are covered by two metal canopies 29 m high and 195 m long.

Both here and in the buildings surrounding the vials considered luxury materials like marble and bronze decorative windows were used. An elegant clock strikes the hours we spot and shows us a model station. 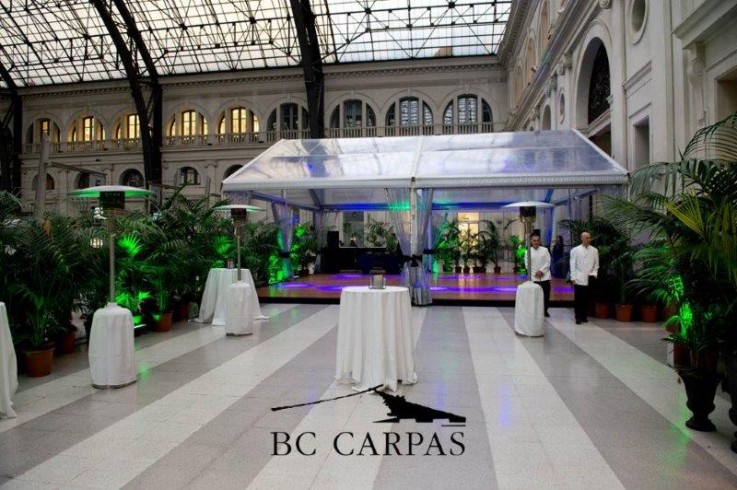 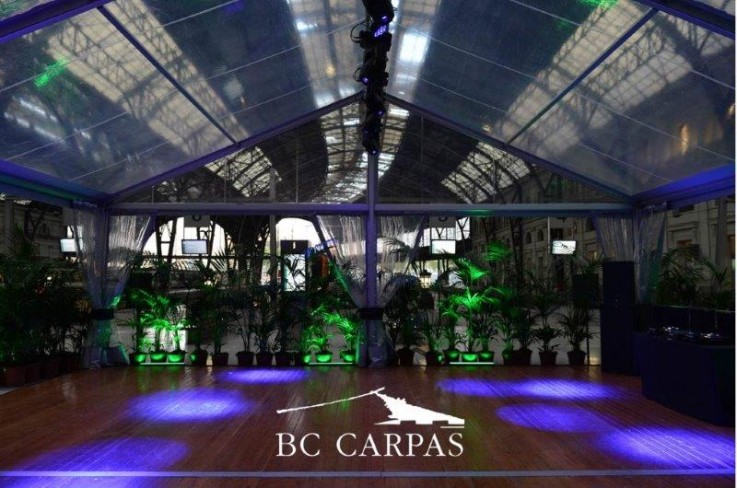 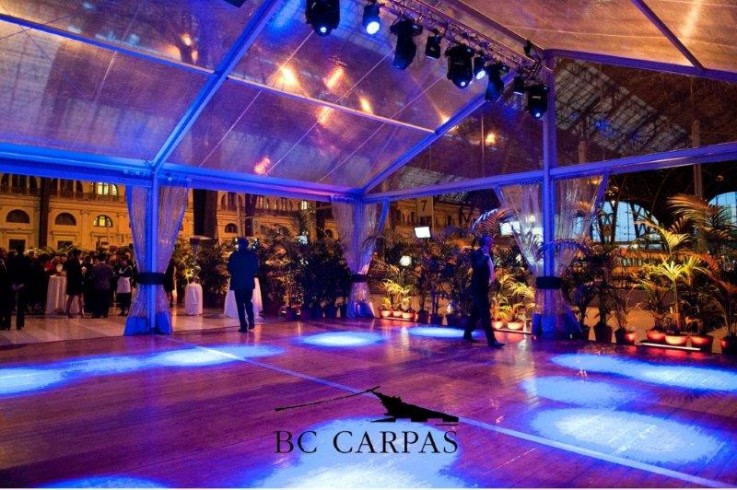 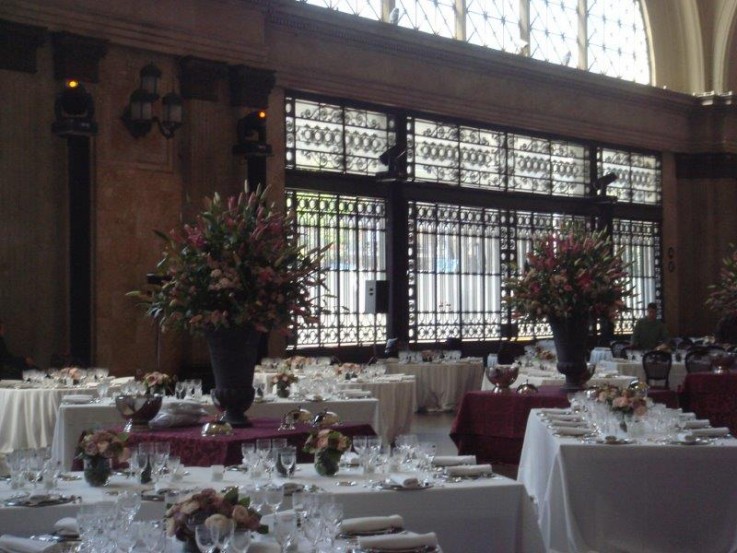 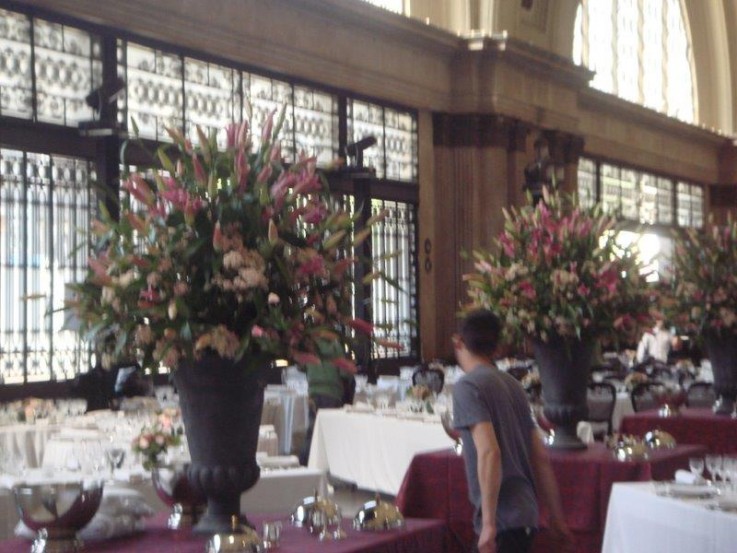