In the Malaga Film Festival 2016, we set up a tent for the premiere of “Un corazón roto no es como un jarrón roto o un florero”, which has been produced by the energy company under Cinergia, with the collaboration of the producer the Terrat and the agency Arena Media. It is a Spanish short movie promoted by Gas Natural Fenosa.

In the movie there are playing a lot of great actors, for an example Isabel Coixet, who is playing the principal role. Besides her, the cast was including Sílvia Abril, Julian Lopez, Rodrigo Guirao, Andreu Buenafuente and Kira Miró! Un corazón roto no es como un jarrón roto o un florero attempts to answer a riddle: how will an expert cardiologist arrange his broken heart after a sentimental failure? She has clear symptoms: pain in the sternum and obsession reviewing the latest appointments. Once the diagnosis, perhaps the energy manager working in the hospital is able to revive her broken heart done.

During the Festival, the company had its own space in the Plaza of the Constitution, the Cinergía Room, where the short movie was shown. Energy efficiency tips and organizes games were disseminated for all the public who came there.

In front of the Plaza of the Constitution, there was put a raw-coloured BC Carpas tent with transparent enclosures, which you can see in the pictures below!

This was the 19th time that the Spanish film festival had been organized. Each short movie has been premiering at the film festival, and each story is related to an aspect of energy efficiency: equipment maintenance, efficiency at home, work efficiency and sustainable mobility. The shorts that have been released so far accumulated more than 13 million views on television and internet.

We would love to be part of it again at the 20th edition next year! 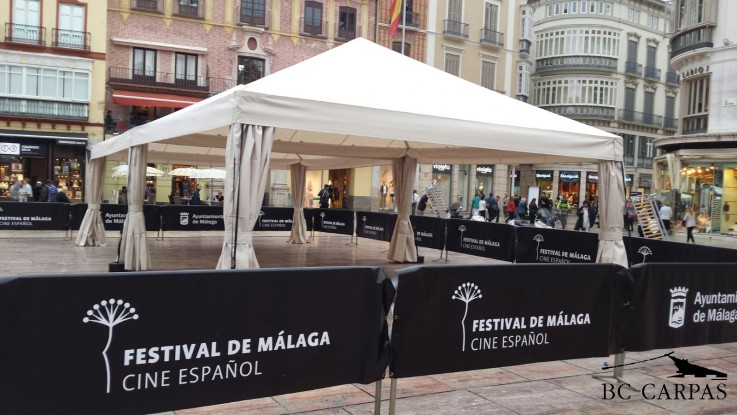 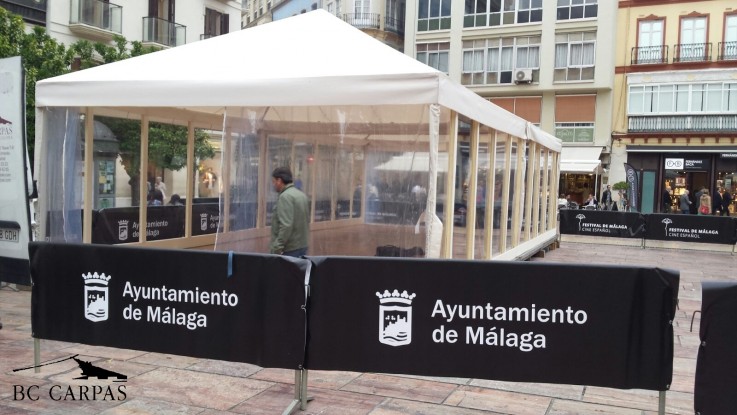