According to legend, it is said that there was a huge dragon that attacked the kingdom in the Center of Montblanc. The people of Montblanc were terrified and fed the dragon every day to keep it away and stop him or attacking them. Once they haven’t have food anymore, so they didn’t have a choice but to overcome the common people, including the royal family. The king’s daughter was chosen to be fed to the dragon. In the night that the princess would be eaten by the dragon, a knight (St. George) appeared and beat the dragon. In the place where he was born he struck a rosebush with red roses. Hence follows the tradition, by which men give a rose to his beloved.

Every year the streets are flooded with people strolling, enjoying the weather, buying books (which also became part of the tradition) and roses. In some of the bookstalls that spread around Barcelona, our tents are mounted.

One of the tents that we mounted is a library marquee which is green to match the awnings and the corporate color they have. Another library marquee is beige with white other positions depending on customer demand. During the day the most popular writers sign copies of their books.

If you want to visit the Sant Jordi in catalunya, we recommend you to go to La Rambla or Passeig de Gracia. These are the most visited streets of Barcelona and thousands of stands of books and roses are set up on these streets.

At Placa Sant Jaume in Barcelona, the national dance of Catalonia is performed during the whole day.

The tradition is that men should give a rose with a weath to their partner and they correspond with the gift of a book. That’s why the day is also known as; El Dia de la Rosa (The Day of the Rose) or El dia del Llibre (The Day of the Book).

Sant Jordi is not only celebrated in Catalunya. There are a lot of countries which are celebrating this tradition. For an example England where Sant Jordi is called Saint George’s day or The feast day of Saint George.

What is the reason for the tradition of giving a rose away? A rose symbolizes love exclusivity by the love, the red symbol of passion and ear of wheat symbol of fertility. Therefore, Sant Jordi it is a very romantic day, almost more romantic than the Valentine tradition.

The team of BC Carpas wishes you a happy Sant Jordi!

If you have any questions about the set-up of a tent at the Sant Jordi day in Spain for books or roses, do not hesitate to contact us! We would like to help you!

The BC Carpas tents that we mounted for Saint George last year. 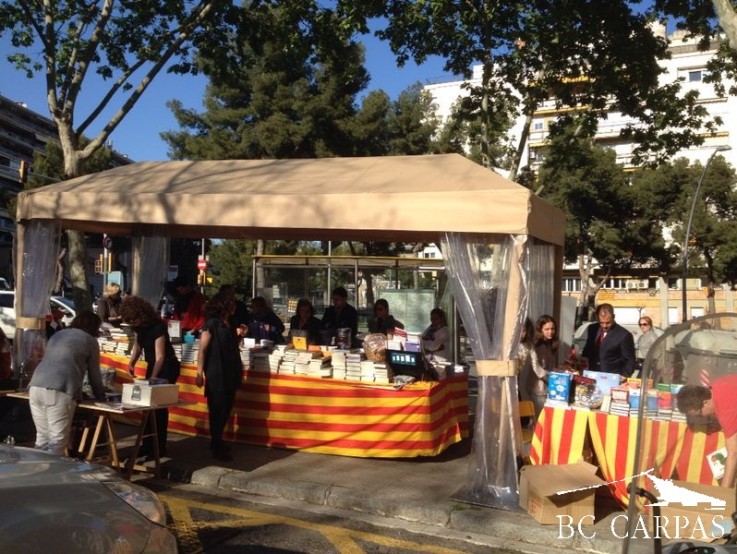 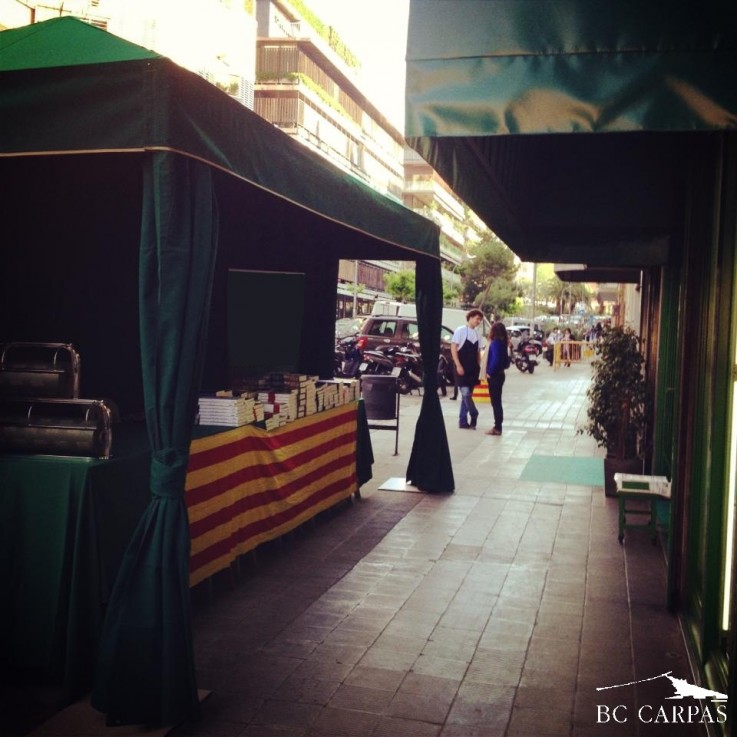 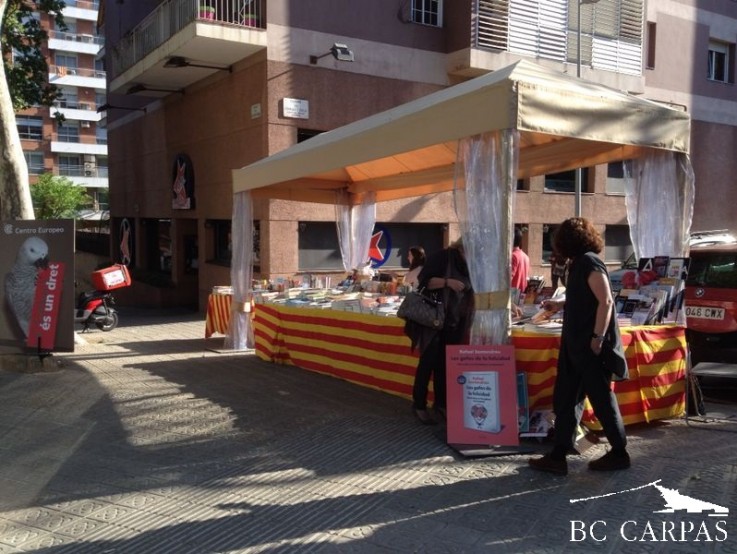