This week we’re making a post from a garden in Careces. This is due to the fact that Masterchef is fliming its new episode of the series from 2015 there.

In this episode you will see Toño Pérez, Atrio restaurant chef with two Michelin stars. The chef has designed a menu for the occasion with some of the jewels of the extremaña cuisine, such as the Iberian products, the wedding cake, the paprika or Jerte cherries.

The winning team will have the privilege of participating in a service restaurant Atrium, on the orders of Toño Pérez.

In this event we can see “behind the scenes”, which shows how some of the scenes of the contest were filmed.  You can see the magnificent scenery and endless moments that make it clear that behind a large production there is put a lot of work into it.

The cookers are cooking beneath BC Carpas marquees with transparent roofs and finishes in blue, burgundy and white, depending on each team. You can see them on the pictures below. 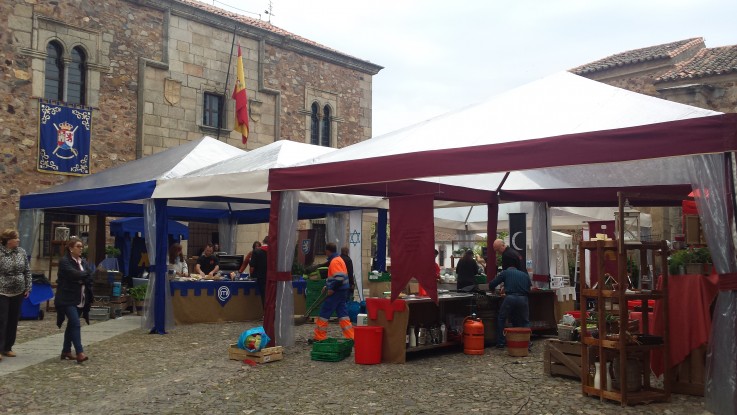 Completing the assembly of tents and finalizing preparations before starting Masterchef! 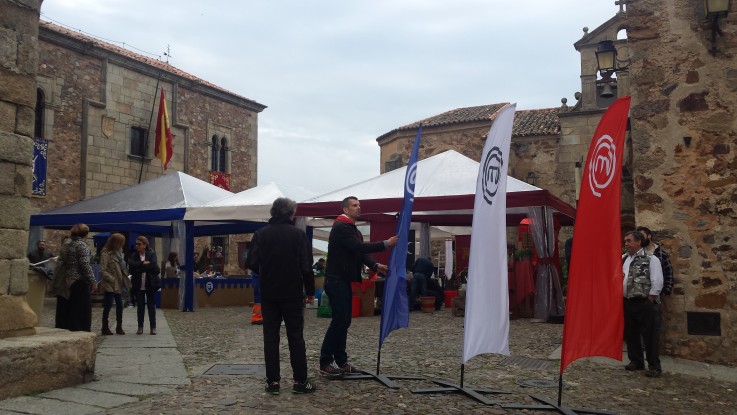 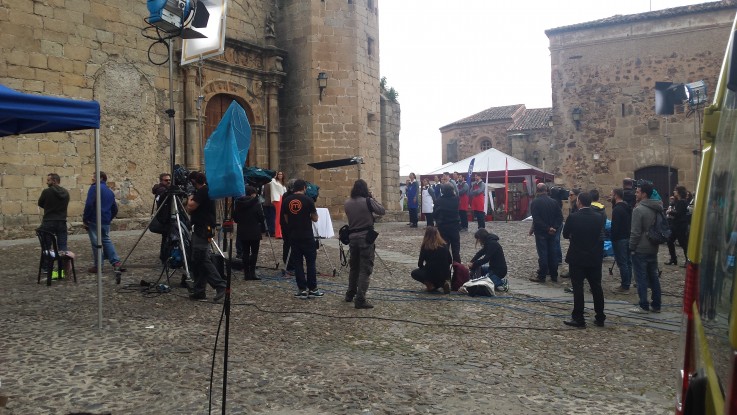