This weekend we put a marquee for The Race of the Central Women Lechera Asturiana in Vitoria.

The Race of the Central Women has been held for nine years. The organizers want to raise the awareness in the society of the importance of prevention in the fight against breast cancer and to promote healthy lifestyles among the female population.

The event in Vitoria turned out to be a great day. It started with the 5km trial starting and finishing in Paseo de Cervantes. The victory went to Elena Loyo. Loyo crossed the line in 17:04 minutes, followed by Claudia Anduaga, who finished as second after almost a minute away. Sian Robertson finished as third.

“We have gone to kilometer group three practically. The girls began to change pace attack and decided not to rough in the end. The circuit is spectacular through the streets of Vitoria and has been very exciting to see how much public was cheering and clapping for. It’s very nice cross the finish line as the first, today is a day when women are the only protagonists, and the reasons why they are worth fighting, “said Elena Loyo after crossing the finish alone.

The three women led the spectacular pink tide formed by 6,000 women who staged a festive morning, which concluded with a fitness festival taught by the best instructors of FEDA, in the forecourt of Mendizorrotza. There was a lively aerobics festival on the esplanade of Mendizorrotza after the race.

“In this edition, the godmother of the test will have been Sara Ortega, basketball player who is overcoming cancer and has returned to the elite after several months of recovery, it has accompanied the 6,000 participants on a journey that concluded with a aerobics session an hour that has also had a massive participation of Gasteiz.” According to Carrer de la Mujer.

Besides that, BC Carpas has put a tent for the “after-party” and the award ceremony.

It was a red tent, with curtains. As you can see the tent was perfect for this event, because it stands out, thanks to its red color. You can see the pictures below! 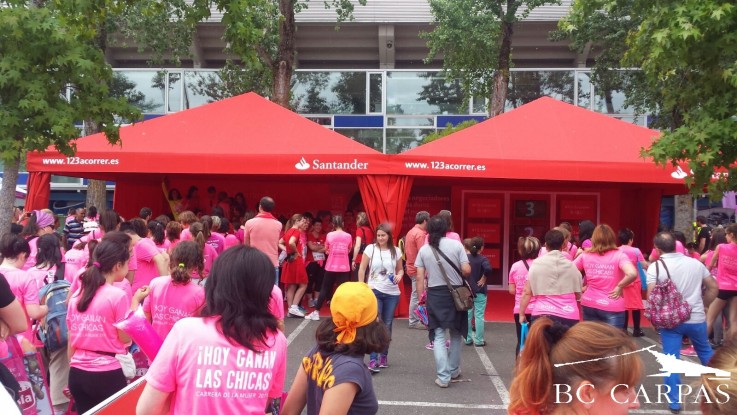 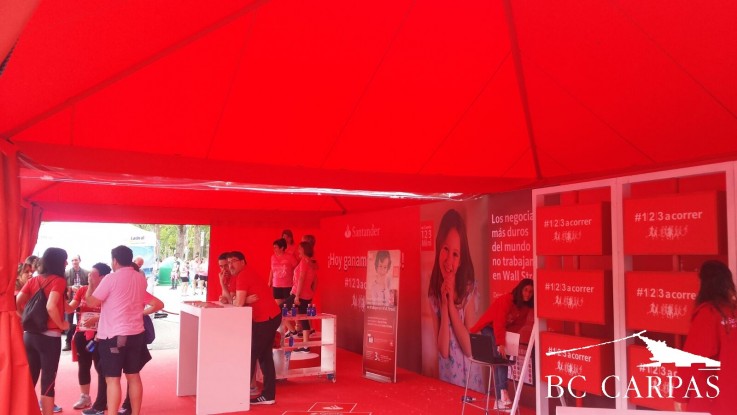 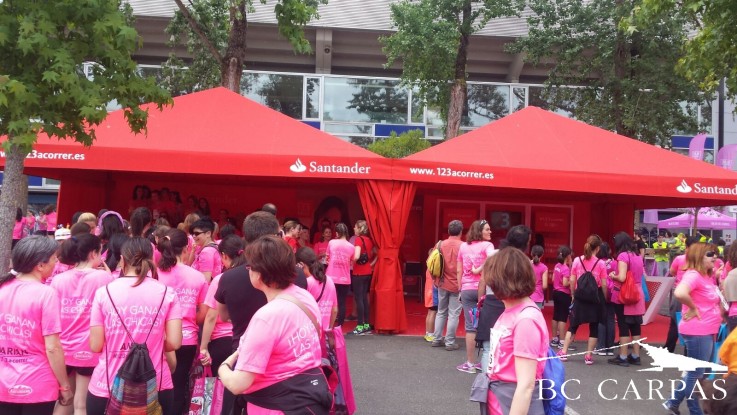 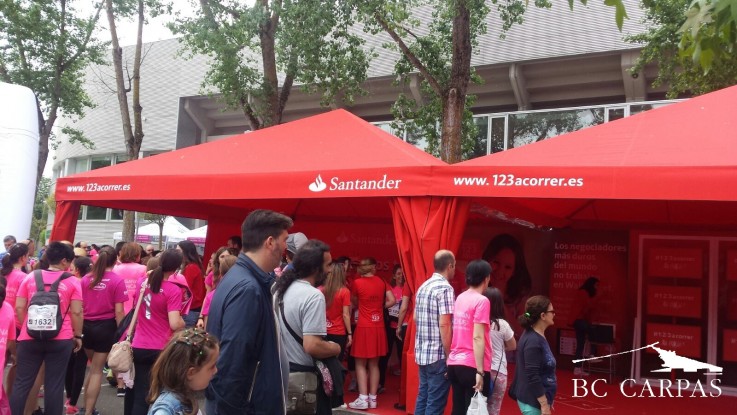 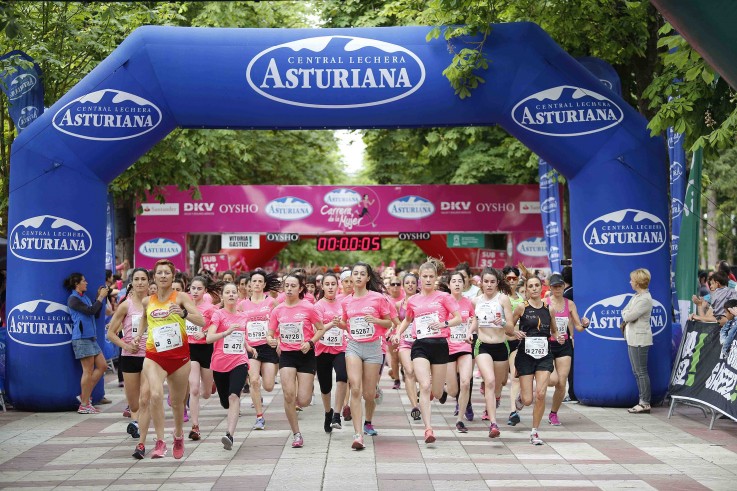 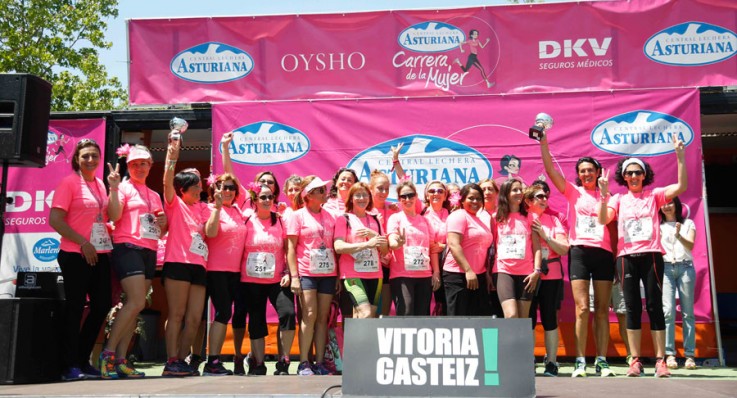