Last week, RCD Espanyol introduced a new, giant, LED screen that displays advertising. The inauguration was a big party and BC Carpas was part of it with a transparent tent with black.

RCD Espanyol and the LED screen

Reial Club Deportiu Espanyol is a Spanish football team playing in the:” Primera Liga” and based in Cornellà de Llobregat. RCD Espanyol put itsself in the 12th position of the Primera DIvisión with players like Felipe Caicedo and Javi López.

The inauguration took place at the free area in front of the stadium of RCD Espanyol: “Estadi Cornellà-El Prat”.  The stadium is located in Barcelona in the part: Cornellà de Llobegrat, a suburb of Barcelona.

There can fit 40,500 fans in the stadium: Estadi Cornellà- EL Prat. It was built in 2009 and moreover, it was awarded as one of the most modern stadiums in Spain by UEFA.

A lot of people came to the inauguration to see the new LED display. This is mostly because of the impressive fact that the display, which is made in Germany, occupies an area of 176 square meters. Besides that, they have proved that they have full respect for the environment. It should be noted that the LED technology is energy efficient and built with sustainable and efficient architecture philosophy.

The people who couldn’t visit the inauguration are still having a lot of possibilities to see the screen.  The display, which is meant for advertising, is located in a strategic location. The screen is visible from one of the main access roads to the city; the A2, as well as the mall which is close to the stadium. Besides that, you can also check out the screen when you are visiting a football match of RCD Espanyol.

During the inauguration, the people were standing beneath a transparent BC Carpas tent with black details. The tent had a transparent roof, so the visitors could see the display from the tent. We also put a beautiful red carpet.

The Transparent Tents are perfect solutions for companies who need their events to be showed outside of the tent or who need to show the surroundings to the visitors of the event.  Like the display at RCD Espanyol.

BC Carpas has transparent PVC tents, which will show the exterior, either the facade of the company, a beautiful surrounding, a monument or anything else that is worth to be watched from all of the possible sides.

As you can see in the pictures, the tent is finished with black coating. We can cover the structure in a way that the transparency of the tent is attached to a structure of the color you choose. We have a lot of colors, for instance the colors; white, beige, brown, blue, green and black, which you can see in the pictures from the RCD Espanyol inauguration.

If you have questions about the transparent tent, don’t hesitate to contact us, we would be happy to help or advise you! 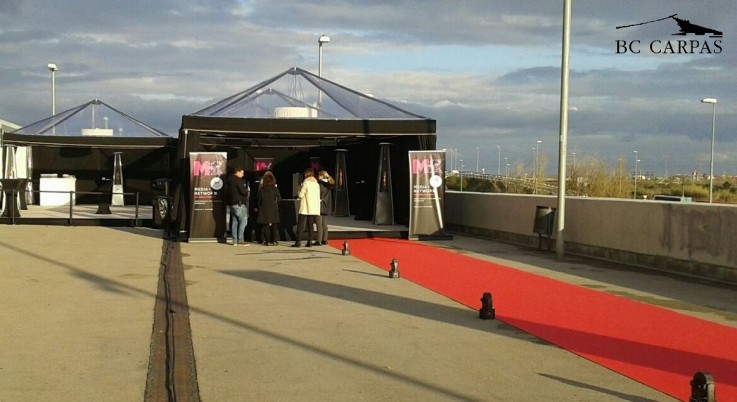 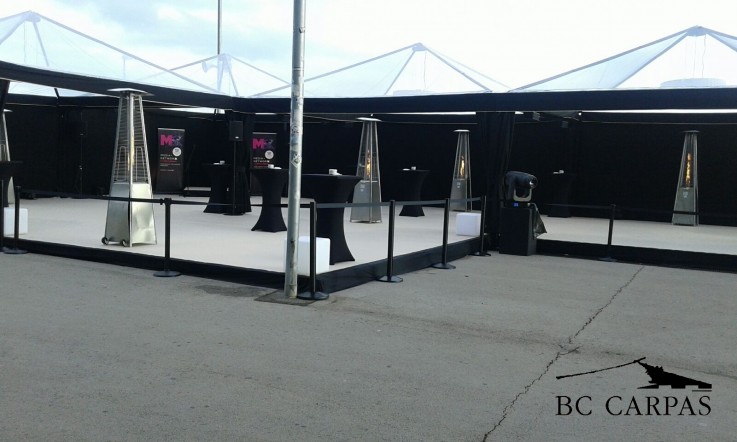